(News and views from IBLF staff and attorneys)

On December 23, 2014, the US Fourth Circuit Ct of Appeals issued its published opinion in Sayed Omargharib v. Eric Holder, Jr.  remanding  to vacate the IJ's Removal Order based on conviction under Virginia's  larceny statute.

IBLF attorney Steffanie Jones Lewis presented oral arguments before the panel on September 16, 2014, and an amicus brief was submitted by the Capital Area Immigrant's Rights Coalition and the Immigrant and Refugee Appellate Center.  The opinion, authored by Judge Floyd, and joined by Judges Niemeyer and Wynn, granted the petitioner’s motion for review; reversed and remanded with instructions, with Judge Niemeyer writing a separate concurring opinion.

The central issue before the Fourth Circuit was whether Omargharib’s 2011 grand larceny conviction in Virginia constitutes a “theft offense” as defined by 8 U.S.C. § 1101(a)(43)(G), and thus an aggravated felony under the INA that is grounds for removal.  As a Published Opinion, this decision is now a precedent for the Circuit, and can be cited as such in any similar case.

Construing Descamps,  the court found the Virginia crime of larceny is indivisible as a matter of law and that the "modified categorical" approach has no role to play in this case.  Instead, the categorical approach applies, and  Omargharib’s grand larceny conviction "does not constitute an aggravated felony under the INA." 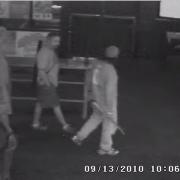 Mr. Omargharib, a legal permanent resident for 28 years, was originally convicted in Fairfax County Court of grand larceny of two pool sticks, having extremely poor representation that failed to either call witnesses or present evidence (including the two pool sticks he owned and showed to investigating police officers).  After his trial attorney failed to make any appeal of the conviction, and the conviction became known to immigration authorities, Mr. Omargharib was ultimately detained and remanded to immigration court in Arlington Virginia at which point IBLF became involved and fought the conviction all the way to the Virginia Supreme Court which concluded, rather sadly, that the trial and representation were fully consistent with the requirements of Virginia criminal law.

On the immigration court side, IBLF vainly argued appropriate law to the Arlington immigration judge, appealing several times to the BIA prior to obtaining this decision in the US Court of Appeals in Richmond Virginia.  Although he had never been detained for the criminal conviction, Mr. Omargharib was detained by the immigration court for almost 3 years, at great personal and public expense, before finally being released under supervision pending the appellate court decision.  His case demonstrates one of the horrible economic consequences of our broken immigration system and overly aggressive policy in the prosecution of such cases.

This decision benefits LPR's and intending immigrants who have been convicted in Virginia of grand larceny or petit larceny, and subjected by USCIS or Immigration Courts to deportation or other federal consequences.